The report focuses on achievements related to PITF’s ten strategic objectives, which prioritized the prosecution of traffickers and the dismantling of trafficking networks, enhanced anti-trafficking training, increased public awareness, better victim identification and treatment, and expanded partnership and collaboration efforts of U.S. government and international entities, among others. The report details the combined efforts of the Departments of Justice, Homeland Security, and Labor in investigating human trafficking, as well as the formation and training of Anti-Trafficking Coordination Teams (ACTeams). The report also describes victim support and stakeholder training efforts by the Departments of State, Health and Human Services, Labor, Justice, Homeland Security, and Education, as well as those by the U.S. Agency for International Development.

PITF was authorized by the Trafficking Victims Protection Act of 2000 and established by Executive Order 13257 in 2002. PITF is comprised of various federal departments and agencies focused on a whole-of-government approach to address all aspects of human trafficking. 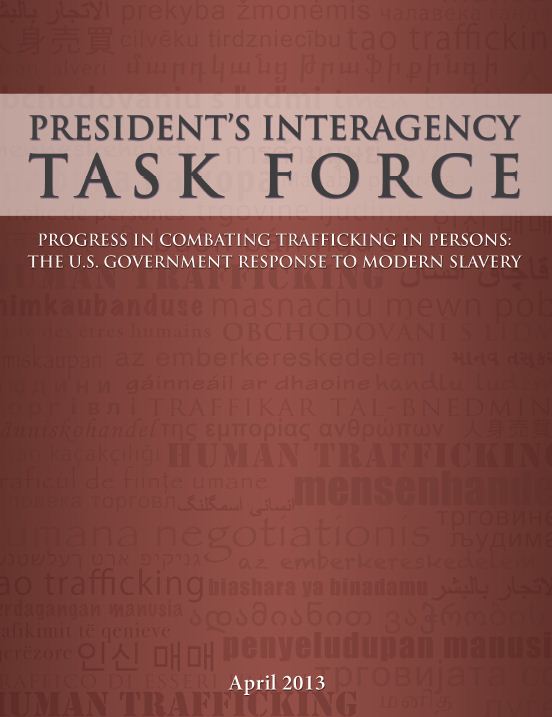