In June, the U.S. Agency for International Development (USAID) released its new Strategy on Democracy, Human Rights and Governance. The strategy was crafted to support the establishment and strengthening of inclusive and accountable democracies to advance freedom, dignity, and development around the globe.

USAID’s new strategy builds on their efforts in the field of democracy, human rights, and governance (DRG). The new strategy is being introduced at a time of turmoil and transition. Freedom in the world has declined over the past seven years, and civil society organizations in many countries are facing increasingly hostile governments that constrain the fundamental freedoms of speech, association, and assembly. USAID’s strategy on DRG supports civil society in restrictive countries.

USAID is part of a multifaceted U.S. government effort to protect human rights and promote democratic governance. Support of DRG issues play an important role in U.S. national security, and as such USAID will coordinate their DRG efforts with other U.S. agencies, including those agencies involved in diplomacy and defense. 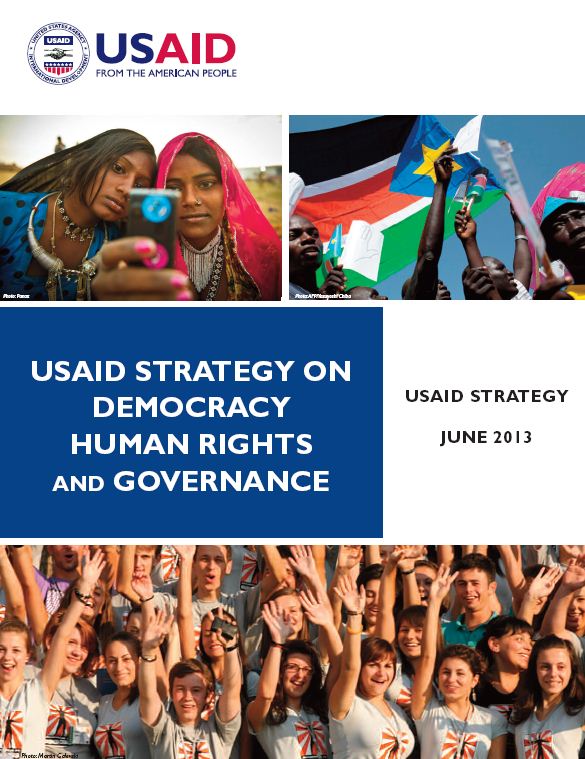