On September 17, one day after President Obama laid out his response plan for the Ebola epidemic in West Africa, the U.S. Agency for International Development (USAID) released their fact sheet on the Ebola response.

The USAID fact sheet reviews the key developments in the whole-of-government response to the Ebola outbreak, including updates on the involvement the U.S. military, USAID, and the United Nations. The fact sheet also assesses the current situation in Liberia, Nigeria, Sierra Leone, and Guinea, and reports on area food security. 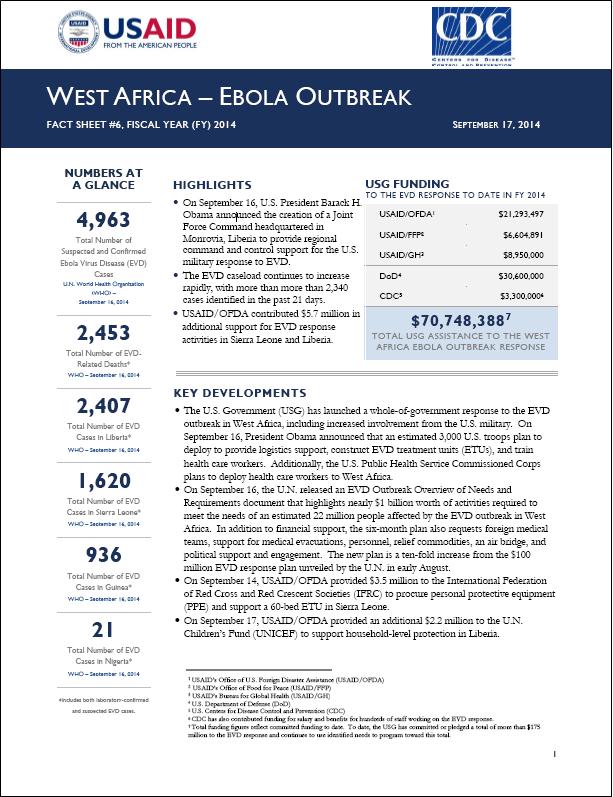