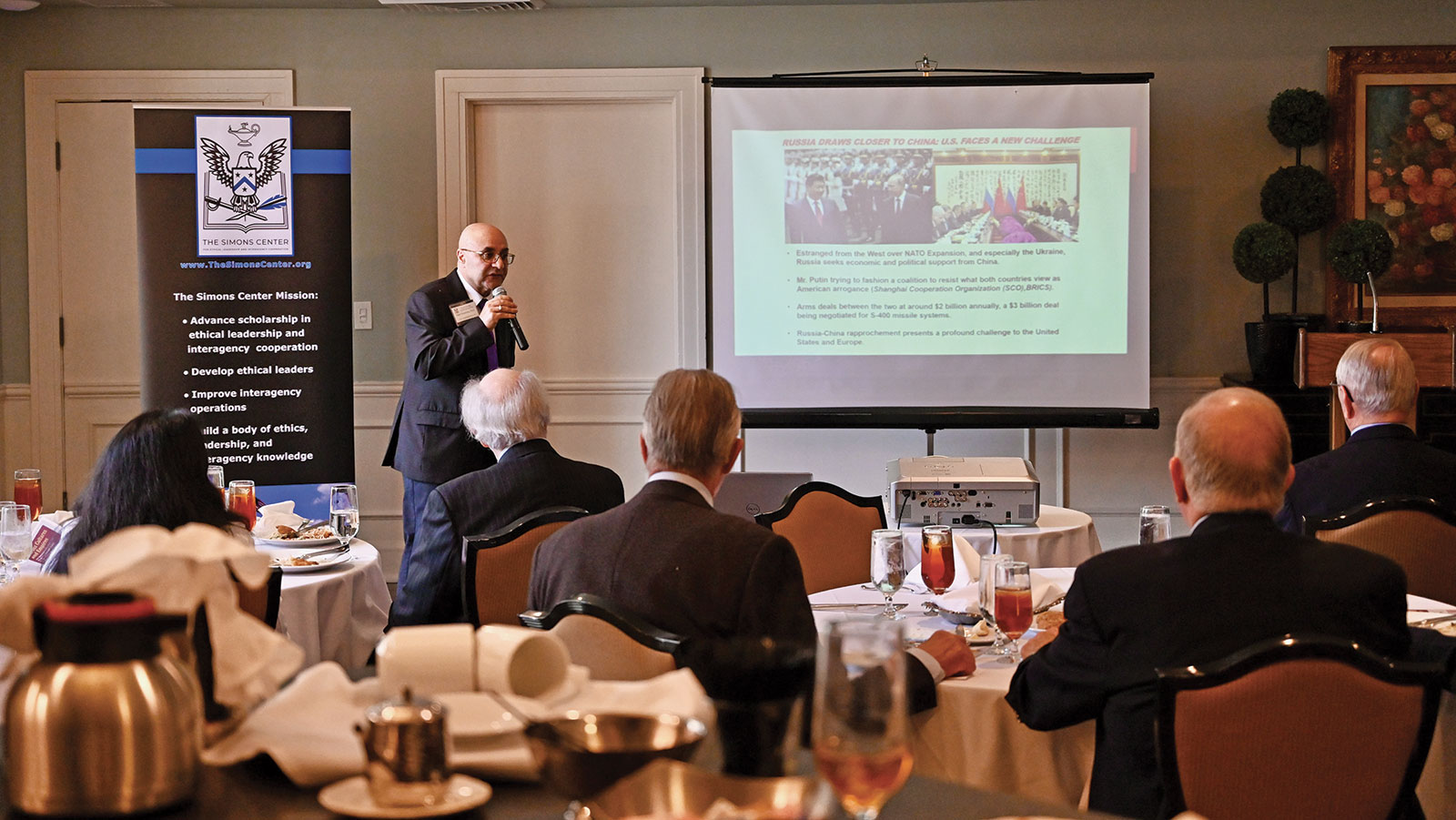 The CGSC Foundation’s Simons Center hosted an Arter-Rowland National Security Forum luncheon event on May 26, 2022, at the Carriage Club in Kansas City.

Simons Center Director Bob Ulin welcomed the ARNSF members, some of whom also introduced their guests, and then introduced the guest speaker, Dr. Mahir Ibrahimov. 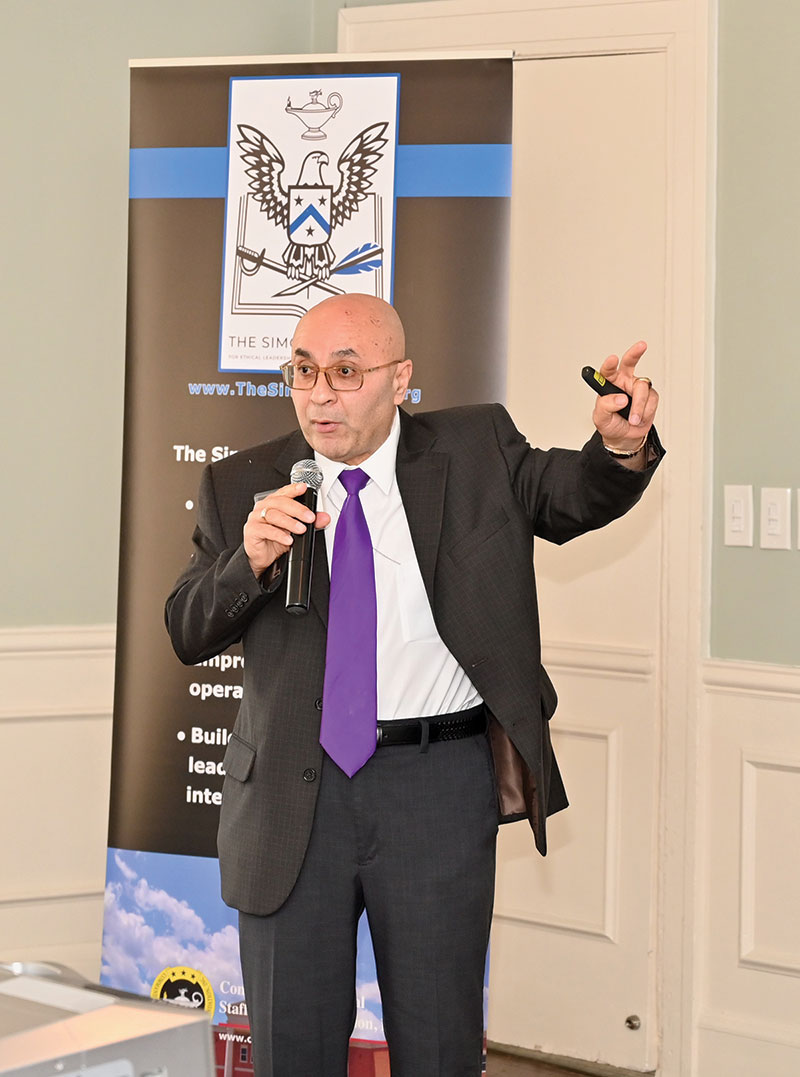 Top photo and above – Dr. Mahir Ibrahimov, director of the Cultural and Area Studies Office (CASO), U.S. Army Command and General Staff College, delivers his presentation “Across Cultures and Empires” for the Arter-Rowland National Security Forum luncheon event on May 26, 2022, at the Carriage Club in Kansas City.

In this presentation of the forum, Dr. Mahir Ibrahimov, author of Across Cultures and Empires: An Immigrant’s Odyssey from the Soviet Army to the U.S. War in Iraq and American Citizenship, spoke about his experiences serving in the Soviet army as an Azeri minority, working in the newly independent Azeri government, immigrating to the United States in search of freedom and working with the U.S. Army in Iraq as a senior culture expert and interpreter, and finally becoming a citizen of the United States and continuing his work for the U.S. Army as a language and culture expert. During his presentation Ibrahimov used his own personal history to provide insights into the current Russian strategic culture and Russian leadership.

Dr. Mahir Ibrahimov, or “Dr. I” as many call him, is the director of the Cultural and Area Studies Office (CASO), U.S. Army Command and General Staff College. He was previously the first senior Army culture and foreign language advisor.

Ibrahimov served in the Soviet Army as a deputy platoon field commander and witnessed the breakup of the Soviet Union. He also provided vital assistance to U.S. forces in Iraq as a multi-lingual cultural adviser. He supported an Army Chief of Staff study, which required him to travel to Ukraine and provide follow-on recommendations to Army leaders. By invitation of NATO’s Partnership Consortium, Dr. Ibrahimov recently traveled to several European countries to assist with NATO’s policy development using his extensive regional expertise.

Ibrahimov is the author of several books and numerous other publications, including some in foreign languages. His recent fifth book, Across Cultures and Empires, has gained significant international traction among scholars, public and movie industry. He is fluent in multiple languages and cultures. He is married with one daughter, who is an active duty U.S. Army officer.

After his presentation and a question and answer period, Ulin presented Ibrahimov with a Foundation commemorative coin and new Simons Center coffee mug in appreciation for his time with the Forum. Ulin closed out the luncheon with a short brief about the schedule for future gatherings of the Forum.

ARNSF events are only open to ARNSF members and their guests. If you are not a member but are interested in joining, contact Bob Ulin at rulin@cgscf.org or visit the Forum page on the Simons Center website for more information.

« Read Previous Post: The War in Ukraine and the Next NATO Strategic Concept
Read Next Post: SAMS Class of 2022 graduates 124 »