Ambassador McCarthy had a distinguished career of more than 30 years as a U.S. diplomat. Before her retirement, she served as the U.S. Ambassador to Lithuania from 2013 to 2016, directing the expansion of U.S. military and strategic communications in the Baltic region. 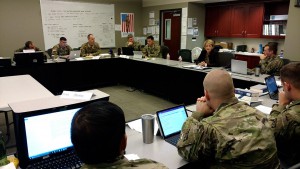 While at SAMS, Ambassador McCarthy participated in a seminar discussion focusing on civil-military relations and then led a panel of interagency representatives discussing with the entire class the roles, missions, functions, and organizational cultures of various agencies comprising a Country Team at an overseas U.S. Embassy.

While meeting with Command and General Staff School students and faculty, Ambassador McCarthy shared her expertise on National Security policy and strategy development, on-the-ground diplomacy, and U.S. Embassy operations. She also provided her perspective on interagency cooperation as well as her thoughts on Ambassadorial expectations from military officers serving as part of her Country Team. 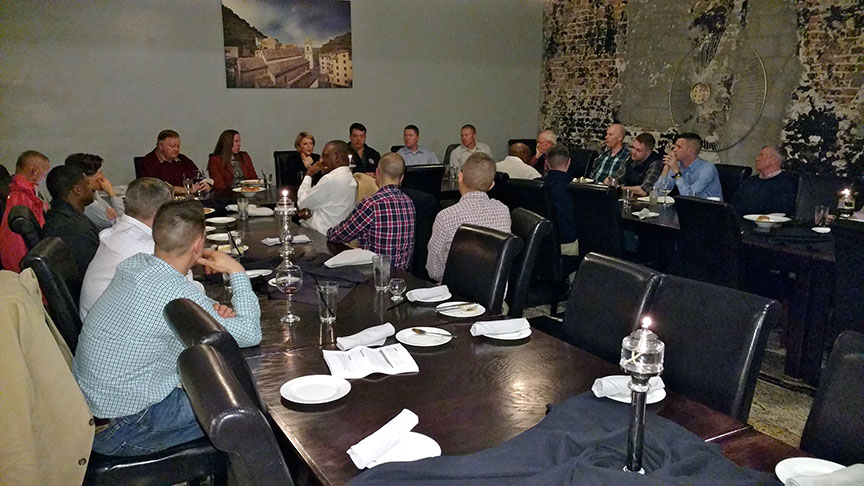 At the University of St. Mary, Ambassador McCarthy met with undergraduate students in the “History of Genocide” course where she discussed the impact of war in Europe and the Baltic region. She also discussed U.S. economic development programs overseas as well as career opportunities in the U.S. Foreign Service. 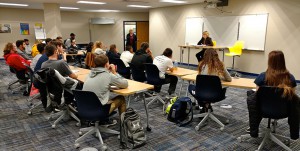 Ambassador McCarthy speaks to students from the University of St. Mary Dec. 6.

The annual Pearl Harbor Commemoration at Park University featured Ambassador McCarthy as the keynote presenter. McCarthy’s remarks centered on the theme “Pearl Harbor +76: Global Threats Facing the United States Today.” Her remarks included information on the various national security threats the United States faces today and she focused on what the U.S. Department of State and its cadre of professional diplomats were doing everyday around the world to address these threats and to advance American interests. She also provided her thoughts on current events and policy formulation during the question and answer period. The audience at Park University was a wide collection of University students, faculty, and administrators as well as Trustees and members of the local business community and Mexican and French Consulates. 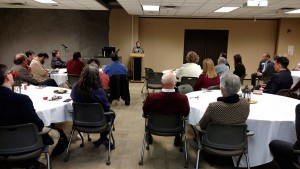 In addition to her assignment as the ambassador to Lithuania, McCarthy served as the Principal Deputy Assistant Secretary of State for Economic and Business Affairs at the Department of State from 2010 to 2013, leading high-level negotiations to advance U.S. economic interests around the world. She served as the Deputy Chief of Mission at the U.S. Embassies in Greece and Nicaragua. She also served as the Deputy Assistant Secretary for Narcotics and Law Enforcement, Senior Advisor for Counter Terrorism and Special Coordinator for Venezuela, as the Consul general in Montreal, Economic Counselor U.S. Embassy Paris, and as Financial Economist in U.S. Embassy Rome. Ambassador McCarthy holds a B.A. in Economics from the University of Virginia, and a double Masters in Economics and Foreign Service from Georgetown University. She is a member of the Atlantic Council, the American Academy of Diplomacy, the Washington Institute of Foreign Affairs, and the Women’s Foreign Policy Group. She serves as a member of the Advisory Board of Georgetown University’s School of Foreign Service and the Policy Council of the Una Chapman Cox Foundation.

For more information on this or any other program in the CGSC Foundation/Simons Center’s Distinguished Speaker Series contact Rod Cox, email– rcox@thesimonscenter.org.

« Read Previous Post: News You Can Use: 12/07/17
Read Next Post: Featured Article: Application of the Ethical Triangle in the 2014 Ebola Epidemic... »