Simons Center Deputy Director John Nelson welcomed the ARNSF members, some of whom also introduced their guests, and then introduced the guest speaker, Mr. Ralph Erwin. 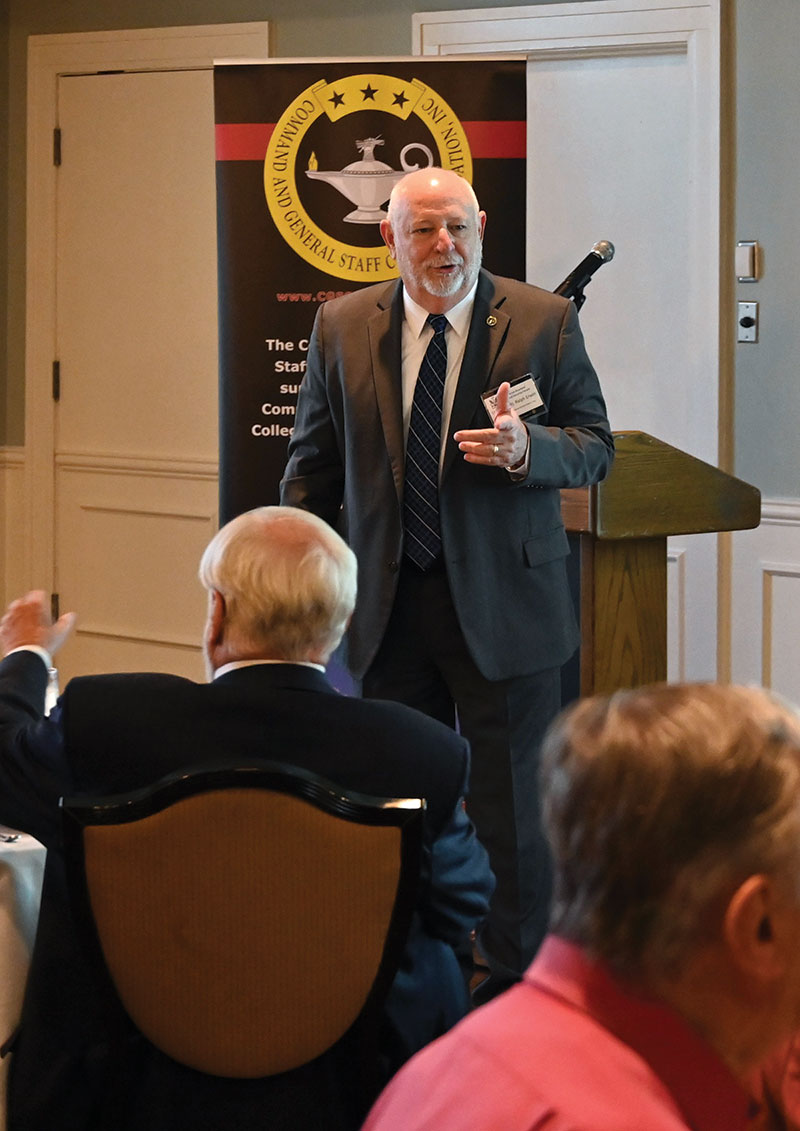 Top photo and above – Mr. Ralph Erwin, the strategic advisor for Tesla Government, Inc., delivers his presentation on geospatial intelligence for the Arter-Rowland National Security Forum luncheon event on Sept. 29, 2022, at the Carriage Club in Kansas City.

Erwin currently serves as the Strategic Advisor for Tesla Government, Inc. He recently retired from federal civilian service as an associate professor at the U.S. Army Command and General Staff College (CGSC). During that assignment he was a distinguished intelligence community officer and the senior geospatial intelligence (GEOINT) officer serving with the National Geospatial-Intelligence Agency (NGA) supporting all U.S. Army Training and Doctrine Command organizations, including CGSC.

In 2011, Erwin was a strategic mentor to the Afghan Geodesy and Cartography Head Office in Kabul, Afghanistan.

Erwin began serving the nation as an Army artillery officer in Korea, Germany, and the United States. He is a graduate of Wentworth Military Academy, Cameron University, and the U.S. Army War College.

After the presentation and a question and answer period, Nelson presented Erwin with a new Simons Center coffee mug in appreciation for his time with the Forum. He closed out the luncheon with a short brief about the schedule for future gatherings.

ARNSF events are only open to ARNSF members and their guests. If you are not a member but are interested in joining, contact Bob Ulin at rulin@cgscf.org or visit the Forum page on the Simons Center website for more information.