The 14th lecture in the Vietnam War Commemoration Lecture Series is scheduled for May 12, 2022 at June’s Northland in downtown Leavenworth, Kansas (614 Pottawatomie St.). [Please note the originally planned location at the Riverfront Community Center has changed to June’s.] A reception with begins at 5:30 p.m., the buffet dinner starts at 6 p.m. and Dr. Willbanks’ presentation will begin at 7 p.m.

This 14th lecture of the series features Dr. James H. Willbanks, Professor Emeritus and former General of the Army George C. Marshall Chair of Military History at the U.S. Army Command and General Staff College and decorated Vietnam War Veteran. Willbanks will discuss how on March 30, 1972, the North Vietnamese Army launched a massive invasion of South Vietnam that included a total of more than 130,000 regular troops. The Nguyen Hue Offensive (as it is known in Vietnam) was targeted against Quang Tri in the north, Kontum in the Central Highlands, and An Loc in Military Region III. Willbanks will address the overall offensive with an emphasis on the fight in An Loc, a city just 65 miles from Saigon, where he was an advisor with a South Vietnamese infantry regiment during the battle.

Tickets are $30/person in advance and $35/person at the door. 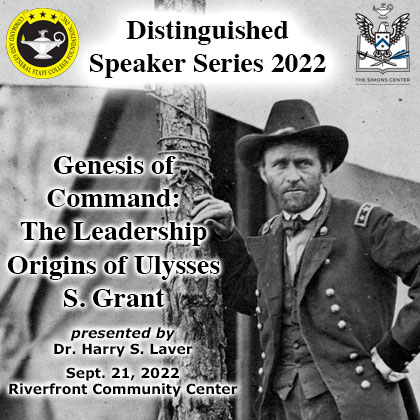