Get your tickets now for the 2nd annual Celebration of International Friendship Aug. 21

Featuring a performance by the West Point Glee Club!

U.S. Student/spouse and spouses of International Officers – Contact the CGSC Foundation for tickets at a reduced rate

Since 1895 international military officers from around the world have come to Fort Leavenworth to study military art and science at the U.S. Army Command and General Staff College (CGSC) at Fort Leavenworth, Kan. Similar to their U.S. counterparts at CGSC, many of these international military officers develop into distinguished national leaders including the Prime Minister of Singapore, Lee Hsien Loong, and Bahrain’s King Hamad bin Isa Al Khalifa, among a long list of other distinguished alumni.

Come help us celebrate and welcome this year’s class of officers at our second annual “Celebration of International Friendship,” a black tie event set for Friday, Aug. 21 at 6:30 p.m. at Kansas City’s Kauffman Center for the Performing Arts. This event is open to the public. The CGSC Foundation, the Greater Kansas City Chapter of People to People, and Operation International from the Leavenworth/Lansing Chamber of Commerce are the hosts for this event.

Tickets go on sale to the public July 20.– Visit www.kauffmancenter.org to purchase or call 816-994-7200 to order by phone. CGSC’s U.S. students and their spouses and spouses of international officer students should purchase their tickets from the CGSC Foundation office at a reduced rate.

The presenting sponsor for this year’s celebration of the international students of the U.S. Army Command and General Staff College is 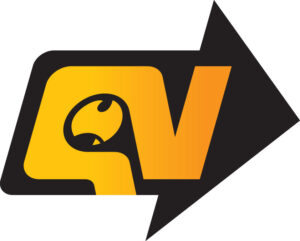 Clive Palmer, owner of Queensland Nickel, a refinery in Queensland, Australia. Palmer is also a member of the Australian parliament representing Fairfax, Queensland. Gabrielle Reilly, a CGSC Foundation trustee from Kansas City, native Australian and family member of Mr. Palmer’s, was key in securing his support.

The inaugural celebration of international friendship was conducted in August 2014, at the Kauffman Center. It was inspired by the late David Beaham, a former Foundation trustee who died in October 2011 and who was a champion of the international officer program at CGSC. Beaham’s family graciously and willingly became the first presenting sponsor of the inaugural program and his wife Tricia provided welcome remarks during that first event.

This year’s program will begin at 6:30 p.m. with an opportunity to meet and mingle with the international officers of the class of 2016 international students – 109 officers representing 90 countries. The program will include the introduction of the Command and General Staff College International Military Students, guest speaker remarks including Ms. Mary Jean Eisenhower, granddaughter of former President Dwight D. Eisenhower and the chairman emeritus of People to People International, Fort Leavenworth leadership and a special performance by the West Point Glee Club.