This month the State Department released the 2015 Trafficking in Persons Report. This is the 15th year the report has been published, and it is also the 15th anniversary of the Trafficking Victims Protection Act.

On July 27, Under Secretary of State for Civilian Security, Democracy, and Human Rights Sarah Sewell spoke at the roll out for the report, saying the report is “widely regarded as the gold standard for anti-trafficking information.” According to Sewell, “Not only do foreign governments look to its recommendations on how to improve, civil society relies on these pages to guide their efforts as well.” 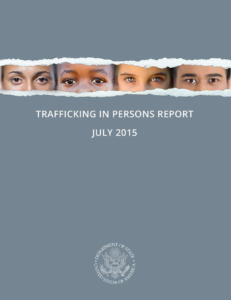