Also, DHS has similar opportunities to improve its management of border security assets. The report notes proposed border management efforts that have not yet been analyzed, and notes that these efforts should be analyzed to justify the types, quantities, and locations proposed in the plans.

While DHS still faces challenges in securing U.S. borders, DHS has made improvements in interagency coordination and information sharing. For example, DHS has made great strides in cooperating with other security and law enforcement agencies, but further actions are needed to uphold existing interagency agreements. 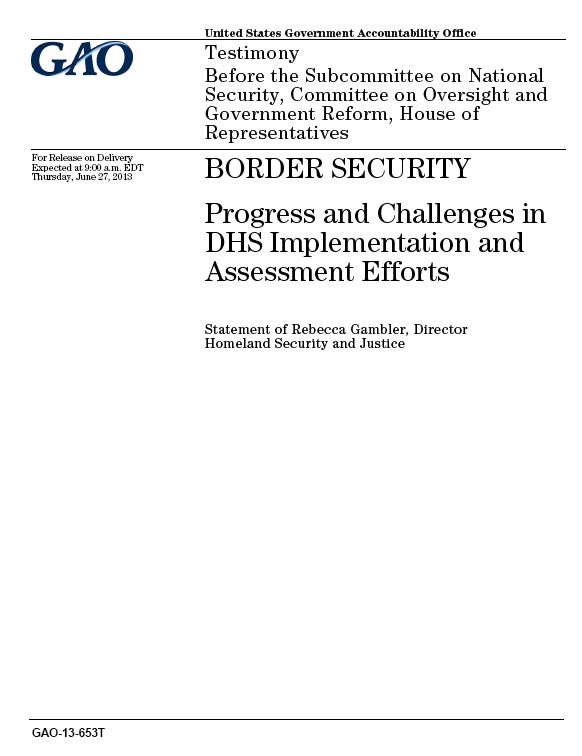 For more information on GAO-13-653T, please follow the link below.
GAO-13-653T, Border Security: Progress and Challenges in DHS Implementation and Assessment Efforts