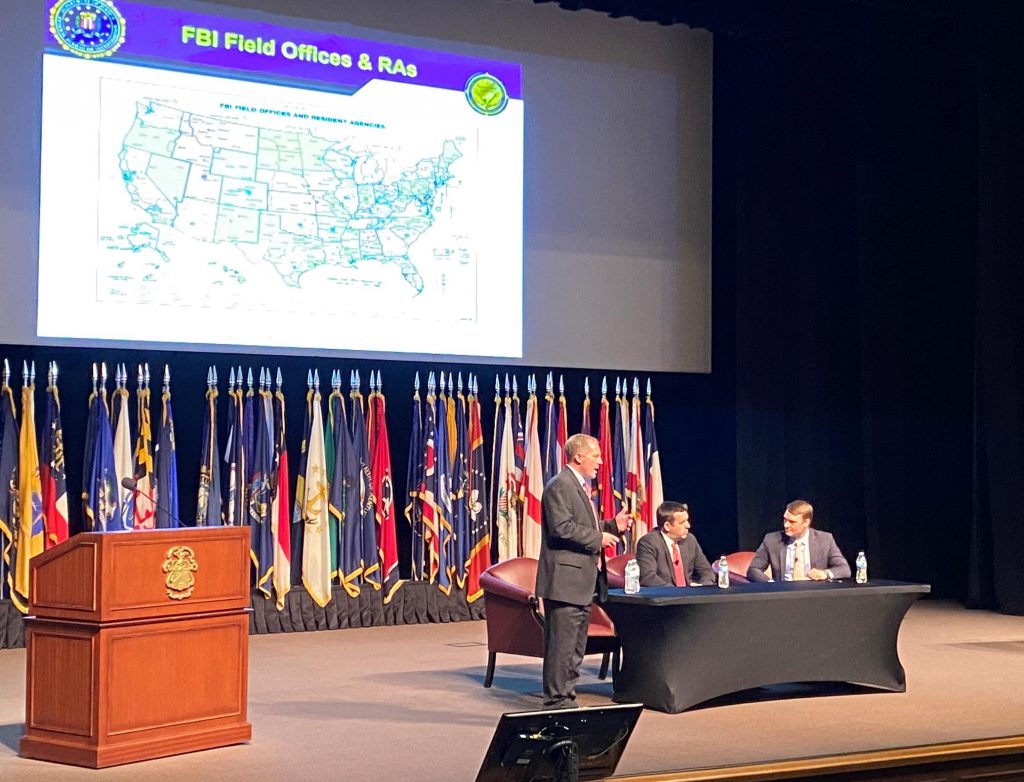 The three guest speakers began with an overview of the FBI’s domestic terrorism program before moving on to discuss a 2020 plot to place a vehicle borne improvised explosive device (VBIED) at a hospital in Belton, Missouri. Special Agent Brown and Detective Kingston outlined actions taken by the subject that aroused suspicion, the FBI’s investigation, and the shootout that occurred during the attempted arrest.

The InterAgency Brown-Bag Lecture Series is co-hosted by the U.S. Army Command and General Staff School (CGSS) and the CGSC Foundation’s Arthur D. Simons Center for the Study of Ethical Leadership and Interagency Cooperation. The series is an extracurricular, interagency topic-focused series that is intended to help enrich the CGSOC curriculum. Unless otherwise announced, the presentations are scheduled each month from 12:30-1:30 p.m. in the Arnold Conference Room of the Lewis and Clark Center on Fort Leavenworth.

The CGSC Foundation has received support for all brown-bag lectures in academic year 2022 from First Command Financial Services in Leavenworth, Kansas.

The next lecture is the series is set for April 20, 2022, with a presentation on the Federal Bureau of Investigation (FBI). Click here for the full schedule.