The second presentation of the InterAgency Brown-Bag Lecture Series for CGSC academic year 2021 will be conducted at 12:30 p.m., Nov. 19 in the Marshall Auditorium of the Lewis and Clark Center on Fort Leavenworth. 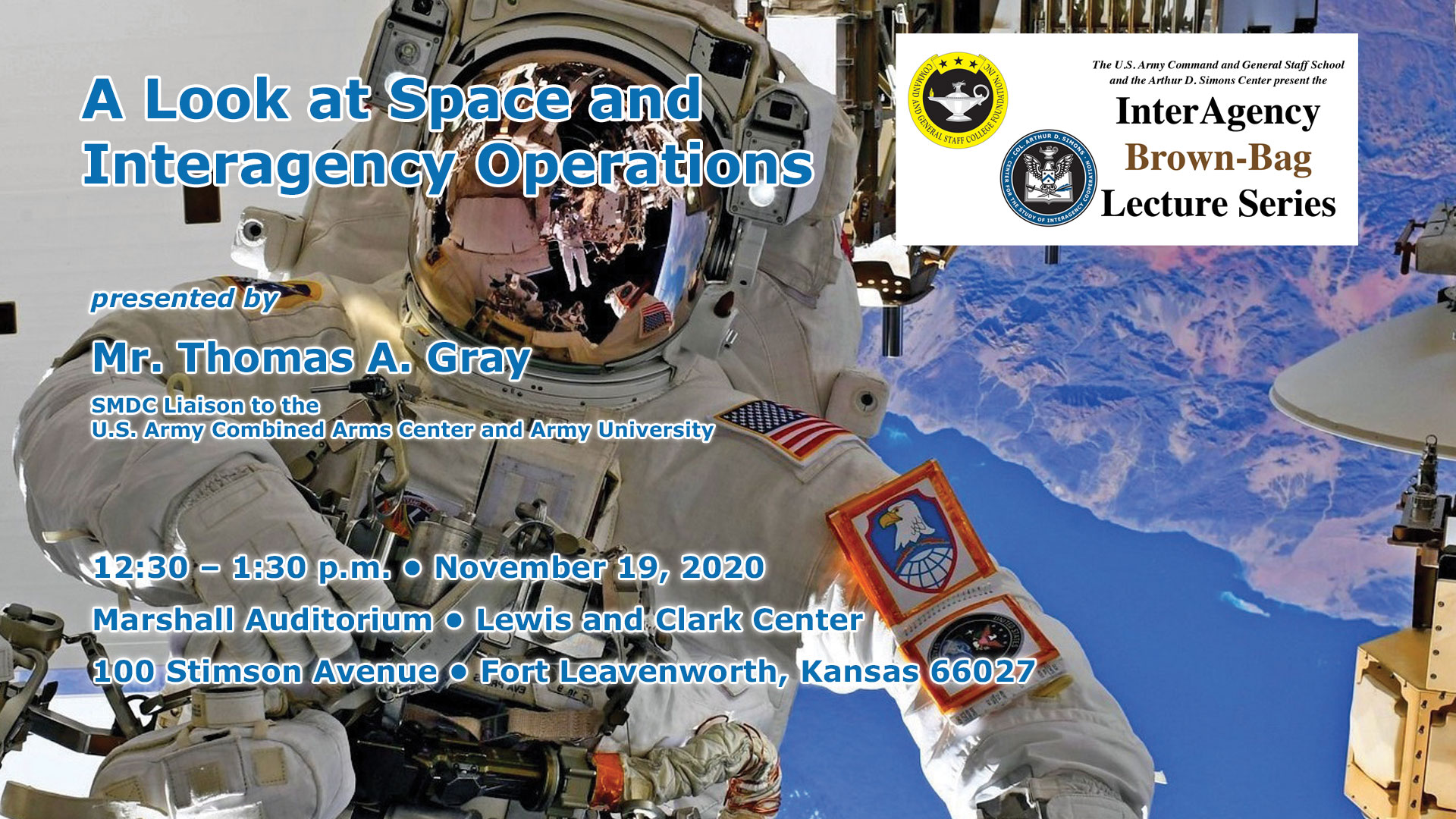 Mr. Thomas A. Gray, the U.S. Army Space and Missile Defense Command Liaison to the Combined Arms Center and Army University, will discuss current and future space initiatives impacting global DoD and government agency operations. He will also address government agencies primarily invested in space operations to include the new Space Development Agency, NASA, NOAA, and NRO, and what those initiatives mean to us as a nation.

The InterAgency Brown-Bag Lecture Series is co-hosted by the CGSC Foundation’s Simons Center with the U.S. Army Command and General Staff School (CGSS). The series is an extracurricular, interagency topic-focused series that is intended to help enrich the CGSS curriculum. Unless otherwise announced, the presentations are scheduled each month from 12:30-1:30 p.m. in the Marshall Auditorium of the Lewis and Clark Center on Fort Leavenworth.

Please Note: Normally, all lectures in the InterAgency Brown-Bag Lecture Series are free and open to the public and as the series moniker states, the lecture series is conducted in the traditional “brown-bag lunch” format in which attendees are welcome to bring their own lunches into the room. Unfortunately, due to COVID-19 restrictions members of the public are not currently allowed visitation in the Lewis and Clark Center, nor can the attendees bring food or drinks into the auditorium. For those unable to attend, the presentation will be videotaped and later posted on the Foundation’s website, YouTube channel and Facebook page.