You are invited to attend a virtual conference entitled “North Korea from the Inside Out” hosted by the KU Intelligence Community Center for Academic Excellence (ICCAE) on Thursday, Sept. 3, from 9 a.m. – 4:30 p.m.

For more information and to register visit: https://iccae.ku.edu/conference

This conference is focused on the “Six-Party Talks” which were a series of multilateral negotiations held intermittently since 2003 and attended by China, Japan, North Korea, Russia, South Korea, and the United States. The talks stopped in 2009, when North Korea decided to forgo the process in 2009. In subsequent years, other participants, notably China, have called periodically for a resumption of the process. In post six-party talks there have been more ad-hoc meetings especially between North Korea and United States and South Korea. The North Korea:  From the Inside Out colloquium will examine the regional security environment from the perspective of North Korea, and then from the remaining countries, which comprise the six-party talks.

The CGSC Foundation is a sponsor of this conference. 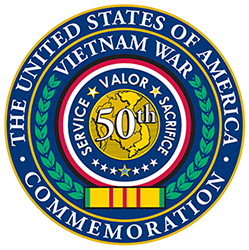