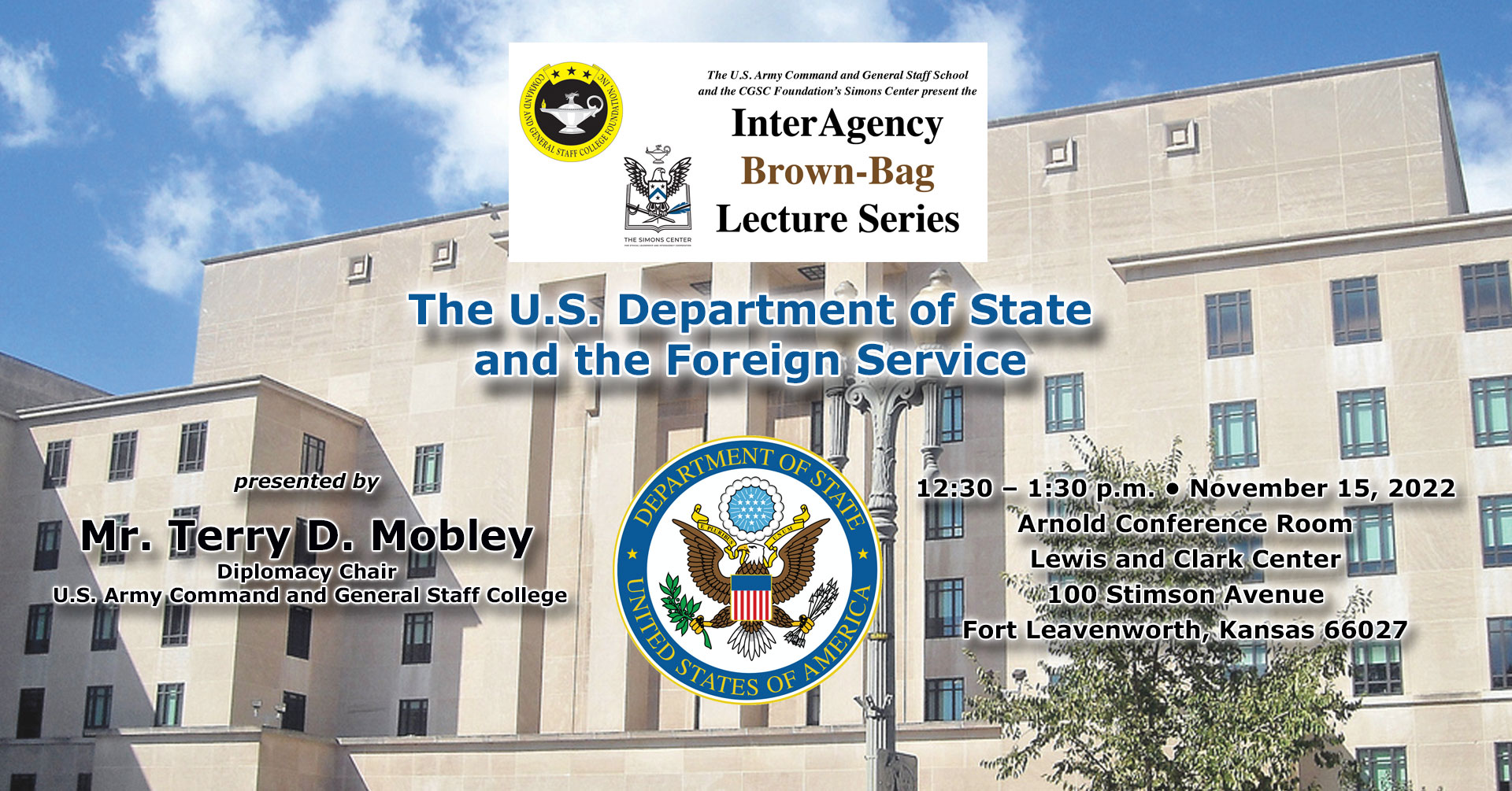 The second presentation of the InterAgency Brown-Bag Lecture Series for CGSC academic year 2023 will be conducted at 12:30 p.m., Nov. 15, in the Arnold Conference Room of the Lewis and Clark Center on Fort Leavenworth.

All lectures in the InterAgency Brown-Bag Lecture Series are free and open to the public and as the series moniker states, the lecture series is conducted in the traditional “brown-bag lunch” format in which attendees are welcome to bring their own lunches into the room. For those unable to attend, the presentation will be videotaped and later posted on the Foundation’s website, YouTube channel and Facebook page. Members of the public coming to the lectures from off-post will need to add extra time to check-in at the Fort Leavenworth visitor center. – For gate information, see the Fort Leavenworth homepage.

Mr. Terry D. Mobley is a career Foreign Service Officer and has served with the U.S. Department of State for 20 years. He has served in China, Indonesia, Laos, Taiwan, Washington, D.C., and at Maxwell Air Force Base, Alabama.  His assignments have ranged from consular, management, political, and law enforcement development to counterterrorism and have included duty as the acting director of the Office of Weapons of Mass Destruction Terrorism in the Bureau of International Security and Nonproliferation and as the Consular Section Chief in Wuhan, China. He assumed the duties of the Diplomacy Chair at CGSC in 2021.