Son Tay – The Most Dangerous Mission of the Vietnam War

Our second episode of the Bull Simons Ops Center is an interview with Terry Buckler the youngest member of the Son Tay Raid into North Vietnam to rescue POWs in November 1970. Terry is the author of Who Will Go: Into the Son Tay POW Camp with a foreword by Colonel Roger Donlon, the first Medal of Honor recipient of the Vietnam War. In this episode, Terry discusses the preparation for the raid and its execution.

About our Guest: Terry Buckler

Terry was the youngest member of the Son Tay Raiders, a 20-year-old Green Beret who had never seen combat prior to being selected by the legendary Col. Arthur D. “Bull” Simons to join 56 Green Berets to train for a Secret mission to rescue U.S. prisoners from the Son Tay prison camp 23 miles West of Hanoi, the capital of North Vietnam. For his actions in North Vietnam, Terry was awarded the Silver Star, the Nation’s third-highest award for valor. In the 1970s, Ross Perot helped him secure a job at EDS, launching Buckler’s career. Terry Buckler is the owner of Delta Systems, a document imaging company based in Kansas City. Terry is President of the “Bull” Simons Chapter of the Special Forces Association. 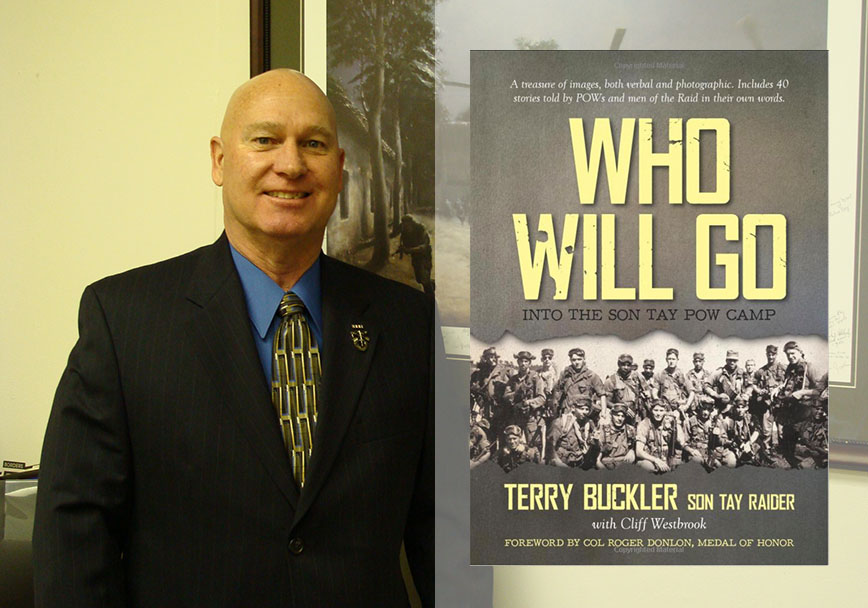